Personal menu
OUR ARTISANS
Never before have we needed to become part of a community again. Not a virtual one, but a real, tangible, close, human community. If holidays are a moment of sharing, then supporting each other within our community is the best way to start again together, after such a challenging time. Through the accomplishment of this project, Arvi is now supported by a small but great community made up of local producers, artisan realities, men and women who every day dedicate their passion and efforts into the creation of quality and prestigious products: excellence that honors our territory. Our greatest «thank you» goes out to them.

Since 1982, Mastro Pif has been producing goodness in the heart of Mendrisio. At first in the northern part of the "Magnifico Borgo" in Via S.Damiano and since 1990 in the current location in Via Pontico Virunio 3. A big step forward was made by participating in numerous competitions, even at world level, which led Mastro Pif to win two bronze medals and a silver medal at the World Cup of Ice Cream in Rimini. Challenges that have allowed them to acquire new skills and raise the quality level of their products. A great specialist of sourdough, Mastro Pif offers products that have been awarded several times both in Switzerland and abroad and is the creator and founder of the Panettone World Cup that takes place in Lugano. 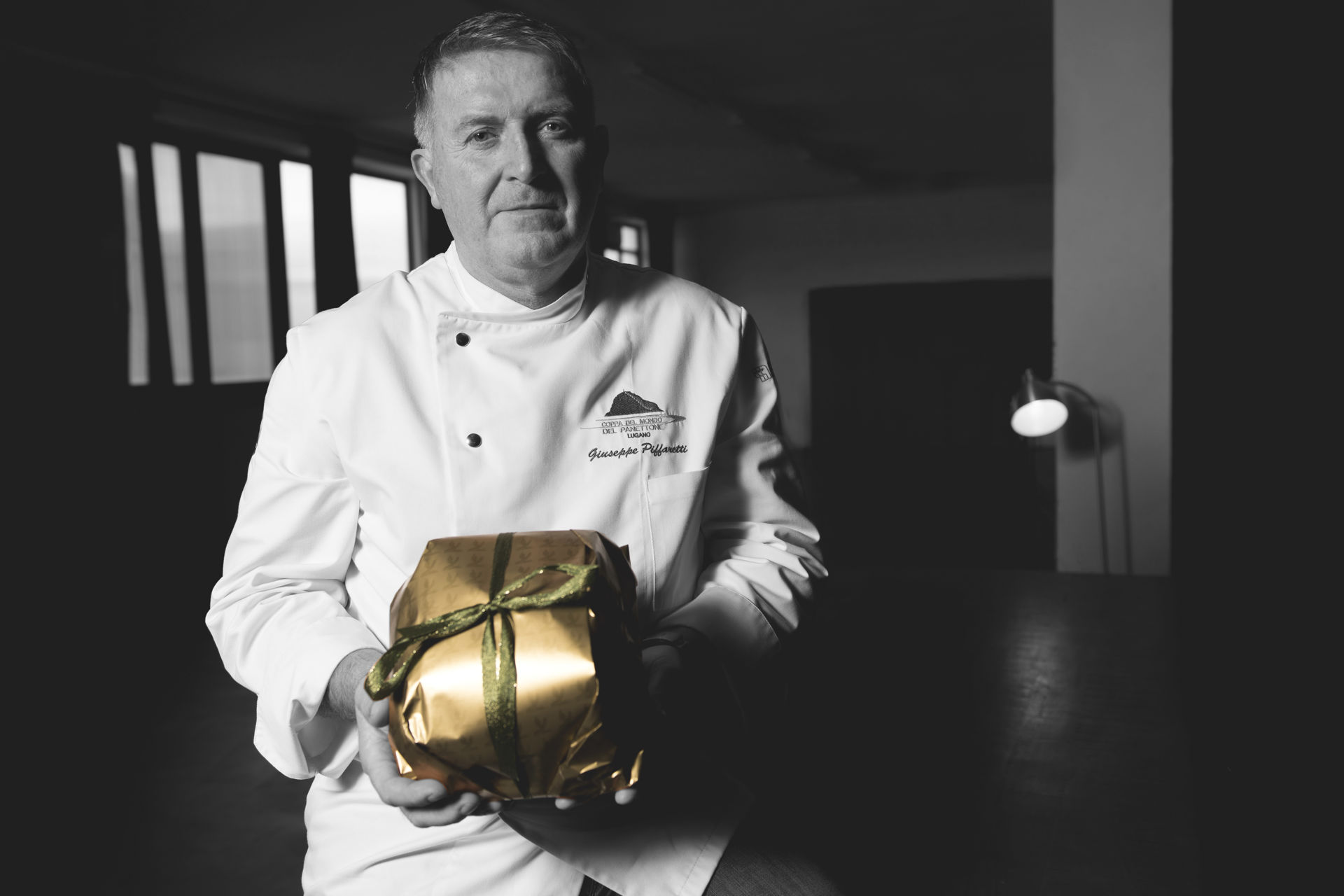 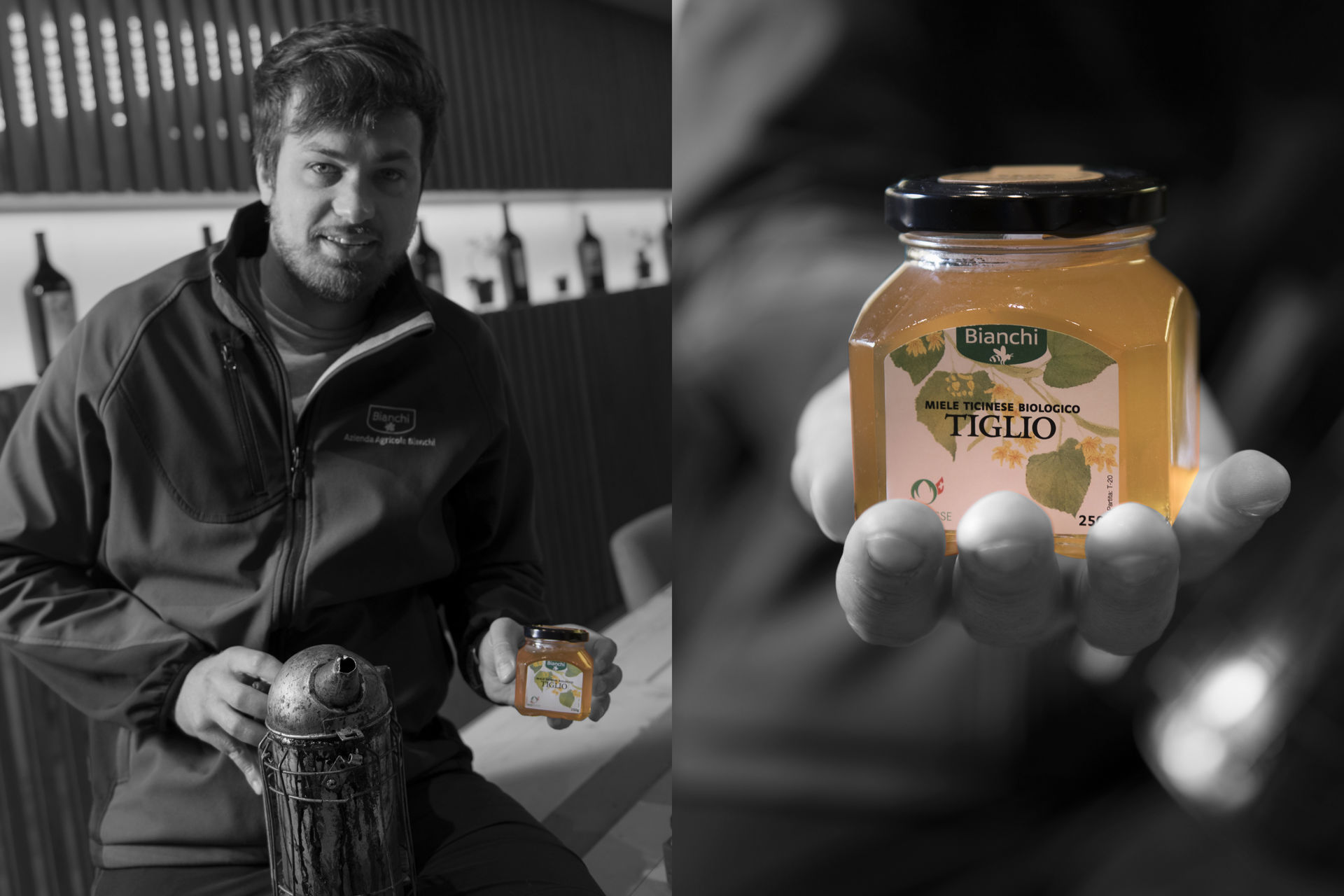 "Azienda Agricola Bianchi" was founded in 1998 by Marcy and Alberto Bianchi in Arogno. Since the beginning, the philosophy has been to work as close as possible to nature and in fact all the products made are certified Bio Suisse, in particular wine, honey and derivatives. The company is family-run and now the two sons, Martino (graduated winemaker) and Gabriele (engineer winemaker), continue the work started by their parents. In 2017, the winery was built, which has allowed them to vinify all the wines according to the principle of gravity. The honey they produce is the result of a long and meticulous work that goes from harvesting to honey extraction and potting. Alberto's passion for bees was born when he was a child and it has been accompanying him for a whole life.

"Bottega Rapelli" is an incomparable gastronomic universe created by Mastri Salumieri with the unmistakable atmosphere and joie de vivre of Ticino. Mario Rapelli, the first Mastro Salumiere, started his business in 1929 in Ticino, in the picturesque village of Stabio. He mastered the art of charcuterie like no one else and created typical products with special care using the best local ingredients. Even today Rapelli is a symbol of the true culture of the Bottega: the flavors of Ticino's gastronomy and the passion to share the good things in life. In the looks and gestures of the Master Salumieri, one can still see the love for the territory, the pride in the art of aging and the constant search for perfection that characterized their predecessors. For the refinement of Prosciutto crudo Pioradoro - an excellence of our territory with a sweet and delicate aroma - the Mastri Salumieri have chosen an exclusive location: Alpe Piora, the largest and most renowned alpine pasture in the Canton of Ticino 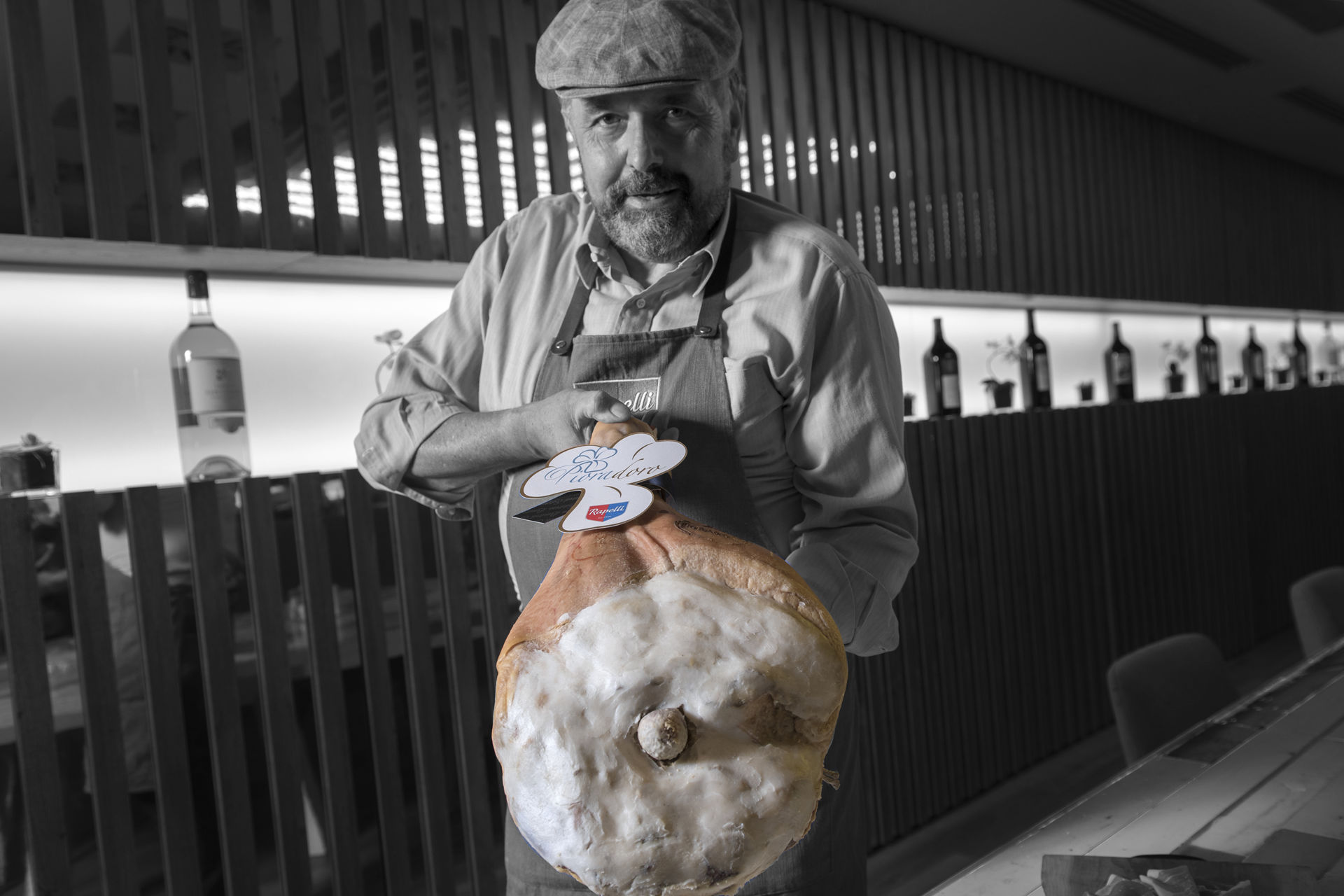 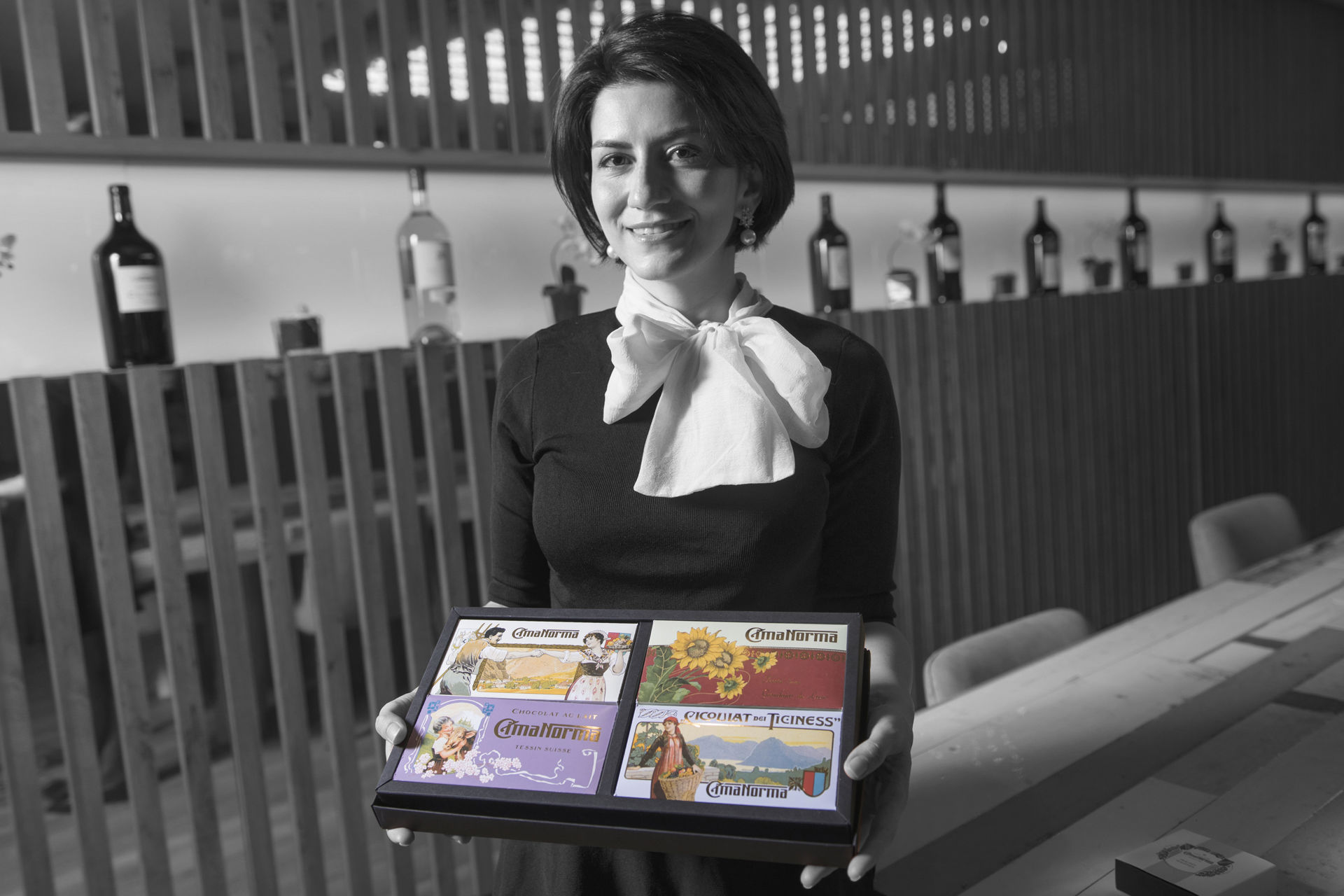 Founded in 1903 by the Cima brothers, CimaNorma is among the pioneers of Swiss chocolate production and has helped make it famous worldwide. It all started at the beginning of the 20th century, in a brewery between Torre and Dangio in the Blenio Valley in the Swiss Alps. The Cima brothers, originally from the valley, had moved to Nice where they discovered chocolate production. Back in their valley in 1903, they acquired the brewery and transformed it into a chocolate factory. In 1920, Cima Norma gave work to almost 500 people in the Blenio Valley bringing wealth and well-being to the whole area. In spite of adversity and a troubled history made of great successes but also of great falls - as also recalled by the factory's coat of arms (Adversa Coronant) - CimaNorma came up with more than a century of Swiss chocolate history.

The "Erbe Ticino" project is a story of integration between different realities of the territory and activities in the socio-professional field. Social responsibility is at the heart of the project not only for economic sustainability, which concerns the protection of local producers and the intention to hire local staff, but also for social and environmental sustainability. In fact, the project is active in the socio-professional field thanks to the collaboration with the foundations Diamante, La Fonte, OTAF, San Gottardo and Caritas Ticino. At the same time, an important part of the Erbe Ticino project is represented by environmental sustainability, given primarily by the authenticity of the products: all the farmers with whom they collaborate, in fact, are Bio Suisse certified. Valuable synergies that give extra value to the project and the Erbe Ticino brand 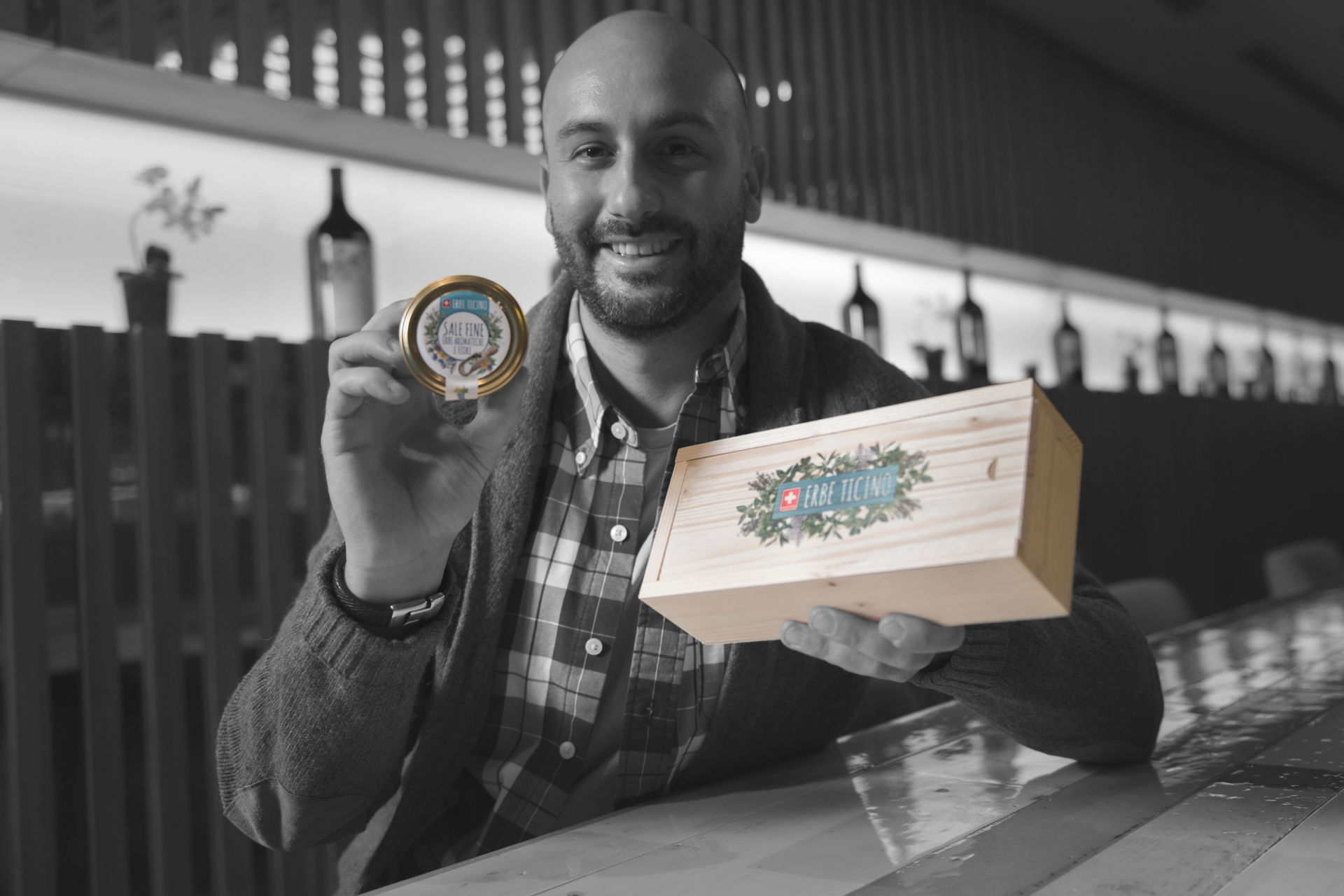 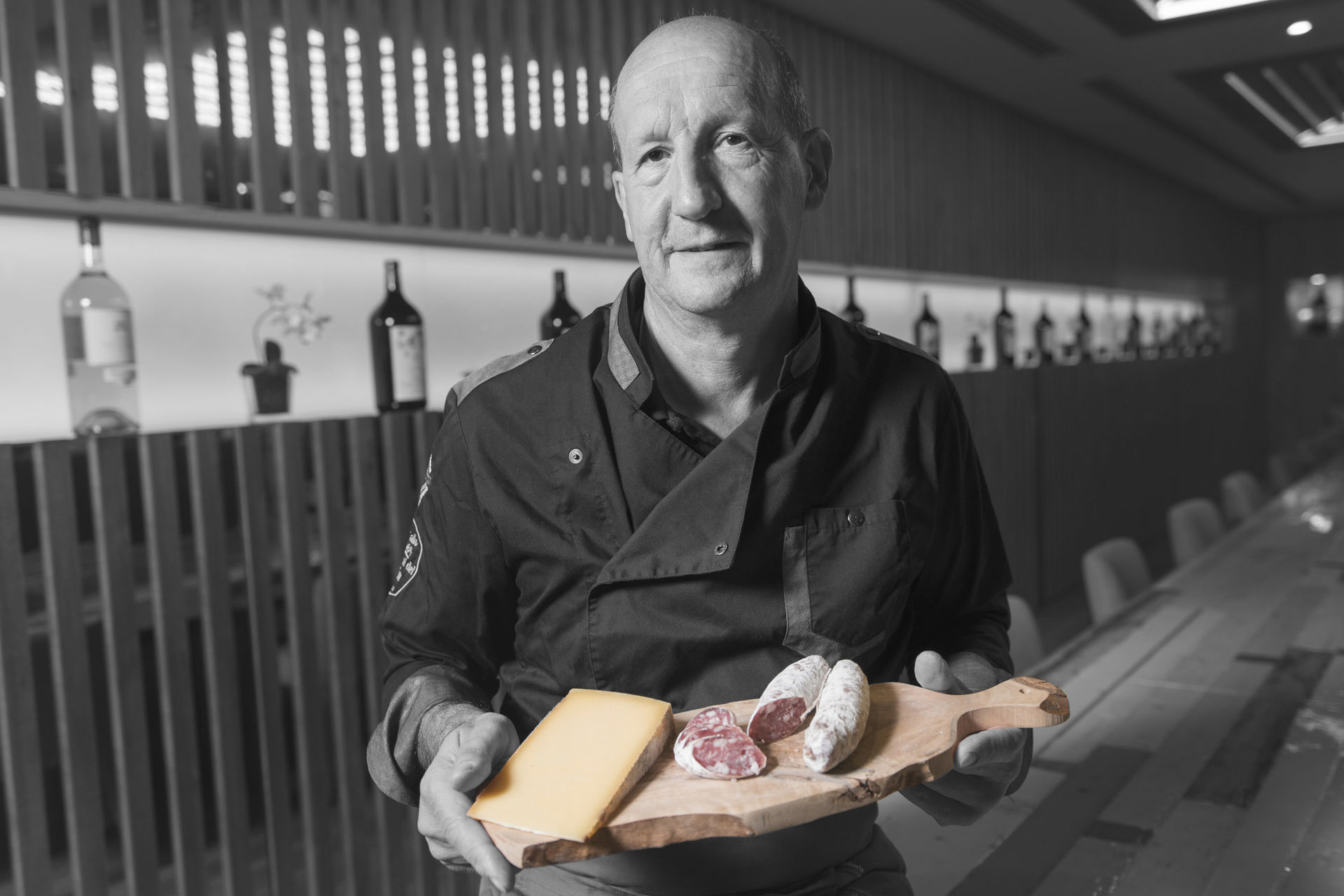 "I Salumi del Pin" was born from the inheritance of the Salumificio Brenni, a historical salumificio dating back to the 1920s located in the heart of Mendrisio. In 1996 Angelo Valsangiacomo took over the business and so "I Salumi del Pin SA" di Brenni -Valsangiacomo was established, which in 2006 was entirely taken over by Angelo Valsangiacomo. In 2007, the store moved to a modern and functional space in order to expand its potential, also offering a gastronomy and catering service. The products from "I Salumi del Pin" stand out for the very accurate craftsmanship, which follows ancient recipes handed down from generation to generation. The meats used all come from animals bred in respect of the species.

Homebaker.ch is a large marketplace of flours and related products dedicated to all baking enthusiasts. The Homebaker project is supported by the passion and experience of the millers of Mulino Maroggia who, now in their fifth generation, have focused on renewal, embracing the future without ever forgetting their origins and the tradition of this ancient art. Homebaker wants to meet the demands of customers more and more interested and expert about the world of cooking and baking, offering the best products for baking, in handy formats and light weight, suitable for home consumption. Attention to the product goes hand in hand with a commitment to spreading the culture of baking and cooking. Homebaker, in fact, offers the best raw materials for kneading, but not only: every week with courses and new recipes help fans to have fun kneading directly in their laboratory or at home. 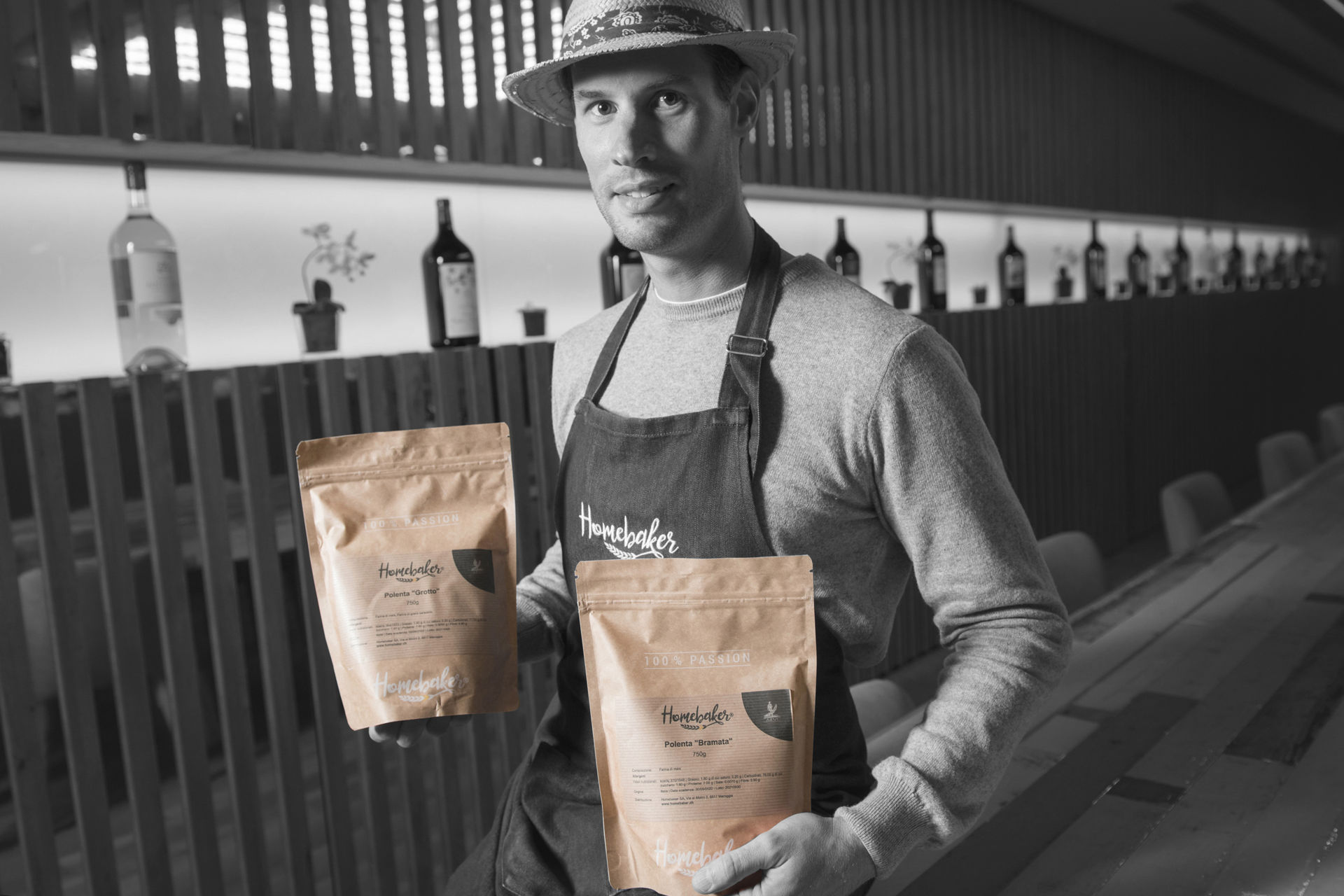 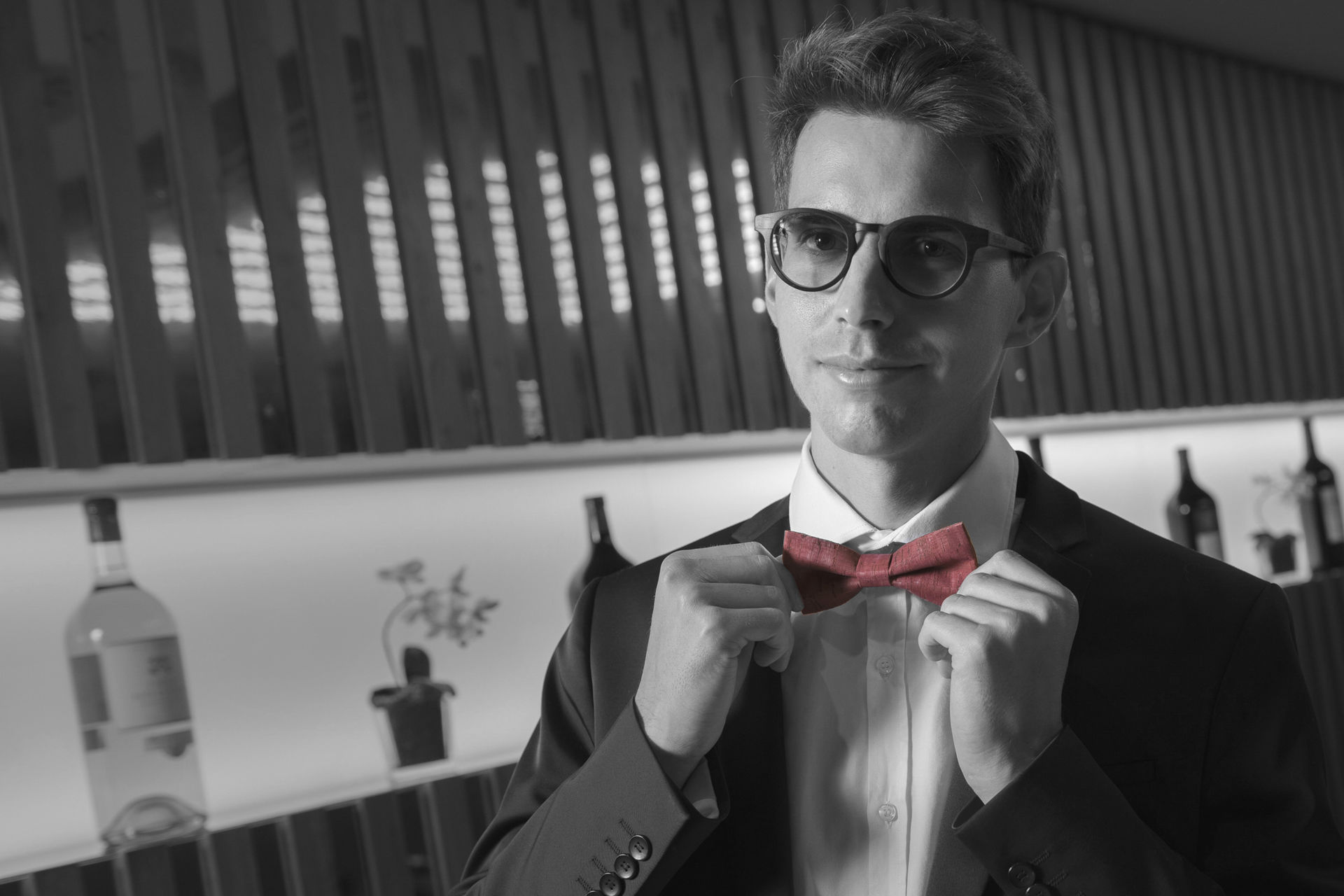 "Bambood" is a combination of classic and innovation and it's light green and fashion; this is how the Swiss start-up of luxury and not only sunglasses can be summarized, founded by Brian Wullimann at the beginning of 2014 following the accidental breakage of his favorite sunglasses: from this event, in fact, the whole project was born, with the production of an entire collection of sunglasses, which turned an unfortunate episode into a business opportunity. The idea of bow ties was born from the collaboration with a wine producer who had commissioned a collection of cork glasses and the following year was looking for an original gift idea: this is how the idea of making cork bow ties was born, a material that has a strong connection in the world of wine and at the same time with an innovative look.

Swiss Alpine Fish AG, founded in 2013, raises its salmon in Lostallo, a beautiful and pristine corner of Misox, the Italian-speaking area of Graubünden. The company has one of the cleanest and most sustainable fish farms in the world thanks to its Recirculating Aquaculture System technology, within an environmentally friendly and sustainable "indoor" facility. The salmon swim in melted snow and are raised in a sustainable and environmentally friendly manner, with no added chemicals or antibiotics. 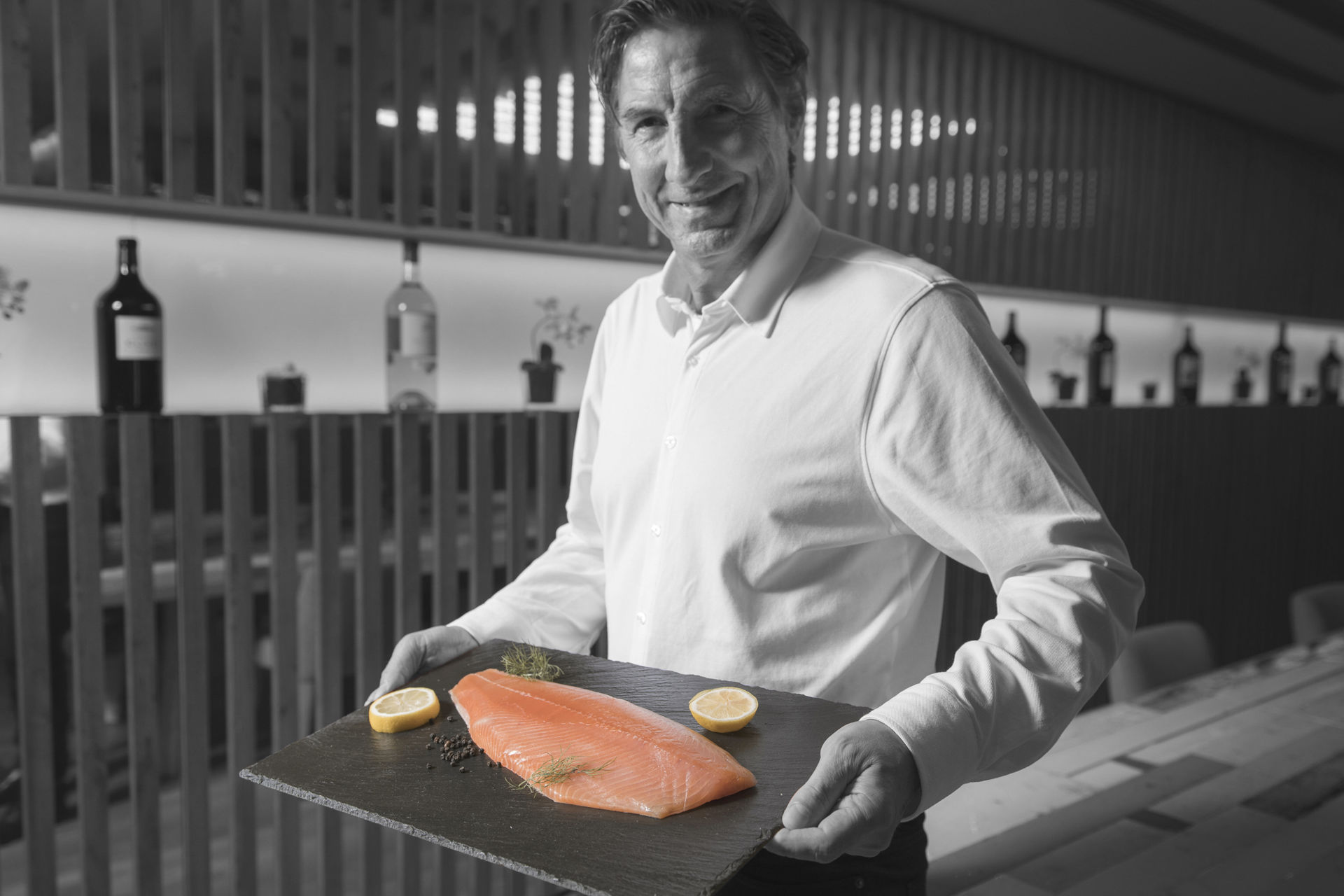